The demand for a youthful appearance through cosmetic procedures has popularized wrinkle relaxers such as Xeomin and Botox. These injectable treatments reduce the appearance of fine lines and wrinkles using neurotoxin.

Both contain the same wrinkle relaxing agent called botulinum toxin type A, a neurotoxin. The neurotoxin works by blocking neuromuscular signals to relax targeted muscles at the injection site. However, even though these treatments contain the same active ingredient, they have some differences in how they are used and formulated.

What are the main differences between the two?

The main difference between Xeomin and Botox is that Xeomin contains a “naked” form of botulinum toxin (poster girl is Gwyneth Paltrow). Unlike Botox, which contains accessory proteins, Xeomin, is designed to deliver the toxin without protein additives. This purified structure may help prevent antibody resistance, a growing problem with injections administered over time.

Resistance to a neuromodulator means that a person may experience Botox not working quite like it did before or patients stating, “It’s not working like it did before I only needed 20 units and now I need 30 or 40 units). This, in turn, equates to more money spent. However, this resistance doesn’t happen with everyone. Xeomin wrinkle relaxer contains the same ingredients as Botox but essentially provides a SafetyNet to needing more units over time.

Merz manufactures Xeomin, and one of the scientists who created Xeomin also helped create Botox for wrinkle relaxing. Allergan, on the other hand, manufactures Botox.

Xeomin was FDA-approved in 2010 for cosmetic treatments and a number of other conditions. Cosmetic areas that Xeomin can treat:

Botox was initially FDA approved in 1985.

Botox is FDA approved for cosmetic treatments and other conditions such as an overactive bladder, urinary incontinence, and excessive sweating. Botox is also approved to treat headaches and migraines. In addition, like Xeomin, Botox can treat muscle spasms and abnormal contractions of the limbs, neck, and eyelids.

Although very similar according to one randomized, double-blind study, Xeomin was found to work faster and last longer than Botox.

In a study conducted by The Journal of Dermatology Surgery, they compared the active ingredients of Xeomin and Botox following a double-blind clinical trial.

The trial included 250 women who either received 20 units of Xeomin or 20 units of Botox.

According to this study, both toxin injections showed similar effectiveness after four months.

Aside from these injections working in identical ways, they must also be administered by a licensed provider or medical doctor, like a dermatologist or plastic surgeon. Consult your provider to determine which option is better for you.

To get longevity out of your Botox or Xeomin, you need the correct FDA-approved dose to ensure 3-4+ months.

Limiting sun exposure and increased temperatures to maintain longevity with your Botox and Xeomin treatments. 95% of our dermal aging is created by an accumulation of sun exposure.

Taking appropriate amounts of zinc has been reported to help longevity with Botox and Xeomin. However, consult with your physician before taking any supplement.

Keeping your body hydrated with water and medical-grade moisturizers will help keep your wrinkles at bay and help maintain your Botox and Xeomin treatments. Some scientists suggest 11.5 cups of water for women and 15.5 cups of water a day for men.

The price all depends on what the office charges.

Both companies offer loyalty programs that the patient gets money toward their treatment from Merz and Allergan. An average is $25-$150 OFF in loyalty dollars toward the patient’s treatment.

Common side effects with Xeomin and Botox include headache and injection site reactions such as minor bruising. In addition, after having a Xeomin or Botox injection, you may experience minor redness, pain, or swelling around the area. This redness usually dissipates within an hour after treatment. Some people call Xeomin and Botox a “lunchtime treatment” because the patient can go back to work. Please consult with your physician about all side effects at your appointment.

Our specialists are happy to answer your questions. And when you’re ready for your treatment, we will design a customized plan to address your specific needs. 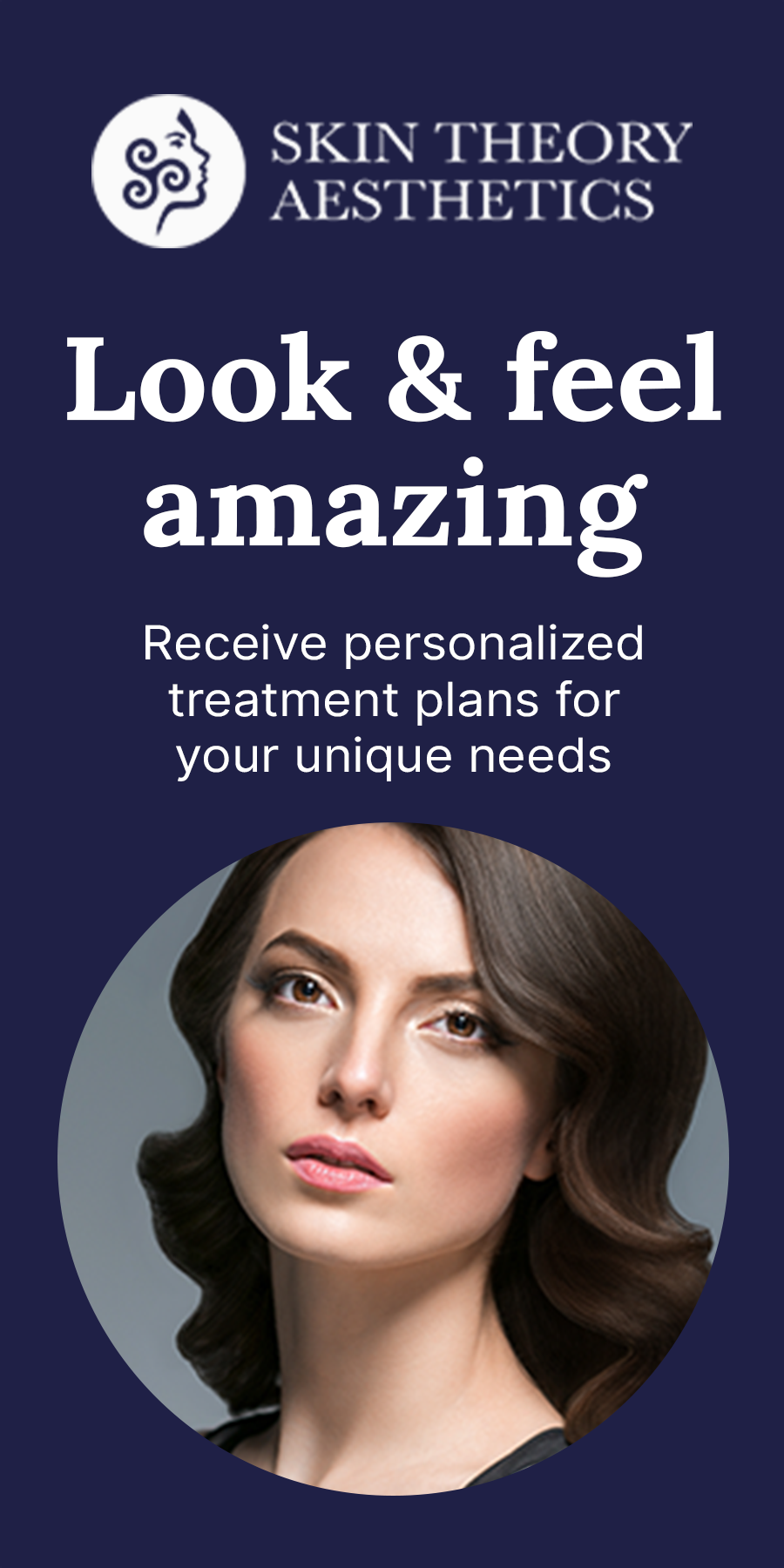 Gain access to exclusive discounts happening every week by becoming a Theory Subscriber.

You can find out more about which cookies we are using or switch them off in settings.

This website uses cookies so that we can provide you with the best user experience possible. Cookie information is stored in your browser and performs functions such as recognising you when you return to our website and helping our team to understand which sections of the website you find most interesting and useful.

Strictly Necessary Cookie should be enabled at all times so that we can save your preferences for cookie settings.

If you disable this cookie, we will not be able to save your preferences. This means that every time you visit this website you will need to enable or disable cookies again.

This website uses Google Analytics and Matomo Analytics to collect anonymous information such as the number of visitors to the site, and the most popular pages.

Please enable Strictly Necessary Cookies first so that we can save your preferences!